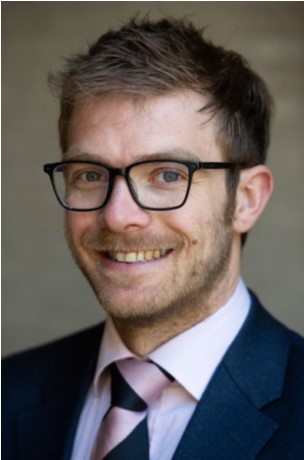 Educated at the University of Oxford and Yale’s Institute of Sacred Music, Dr Jonathan White has been Director of Religious Music at Christ Church Cathedral since June 2019. In his role he is responsible for supporting the day-to-day work of the cathedral’s ambitious music programme’s – one the most active in North America – directing the Cathedral Choir of professional and volunteer singers, working closely with the cathedral’s liturgy team, as well as building on the decades of musical excellence for which Christ Church has become well known, both in Montreal and the wider Canadian church music scene.

Jonathan studied music as both an undergraduate and graduate scholar at Lady Margaret Hall, Oxford, culminating in his doctoral thesis ‘The Symphonies of Sir Charles Villiers Stanford: Constructing a National Identity‘, in which he examined Stanford’s symphonic works against the backdrop of his Protestant, imperialist Irish identity, alongside their position in a wider context of European instrumental music. He has presented his research at conferences in the UK, North America, and Australia, and has also published on the relationship between Stanford and his pupil, Herbert Howells. Alongside his research, Jonathan taught undergraduate music at the Faculty of Music for a number of years, including a position at St Catherine’s College as Stipendiary Lecturer in Music.

Following his time at Oxford, Jonathan undertook further graduate study at Yale Divinity School and the Institute of Sacred Music where he held a merit scholarship and sang with the Yale Schola Cantorum, one of North America’s leading choral ensembles. With the group he toured Europe and Russia, performed under the direction of David Hill, Masaaki Suzuki, and Simon Carrington, and made several recordings on the Hyperion Records label.

Jonathan has worked extensively in Anglican Church music for almost 20 years now. He held an organ scholarship as an undergraduate, spent a year at Canterbury Cathedral as organ scholar, and has held additional posts at Christ Church Cathedral, Oxford, Henley Parish Church, and Magdalen College, Oxford. He has also worked extensively with the Royal School of Church Music, both in an administrative capacity as a member of the Oxford Area Committee, one of the UK’s most active areas, and as director of the annual Three Day School for Choristers. He has composed extensively for treble voices, including seven settings of the Evening Canticles, and is published by the RSCM Press.