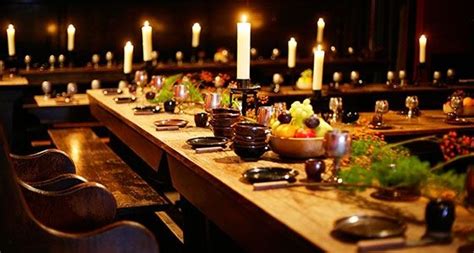 When the hour came, he took his place at the table, and the apostles with him. He said to them, ‘I have eagerly desired to eat this Passover with you before I suffer; for I tell you, I will not eat it until it is fulfilled in the kingdom of God.’ Then he took a cup, and after giving thanks he said, ‘Take this and divide it among yourselves; for I tell you that from now on I will not drink of the fruit of the vine until the kingdom of God comes.’Then he took a loaf of bread, and when he had given thanks, he broke it and gave it to them, saying, ‘This is my body, which is given for you. Do this in remembrance of me.’ And he did the same with the cup after supper, saying, ‘This cup that is poured out for you is the new covenant in my blood. But see, the one who betrays me is with me, and his hand is on the table. For the Son of Man is going as it has been determined, but woe to that one by whom he is betrayed!’ Then they began to ask one another which one of them it could be who would do this.

‘You are those who have stood by me in my trials; and I confer on you, just as my Father has conferred on me, a kingdom, so that you may eat and drink at my table in my kingdom, and you will sit on thrones judging the twelve tribes of Israel. (Luke 22:14-30

The most vivid memory of my childhood is about tables. When you grow up in a culture that values eating together as the most significant companionship, dinner tables become the center of all social occasions. There is no shortage of excuses to get together around a table: birthdays, anniversaries, weddings, funerals, religious festivals or the last episode of the most popular TV series.

Today’s passage is also about a table: Jesus and disciples, for the last time, get together around a supper table. Whenever I read this passage from the Gospel of Luke, my Biblical imagination reminds me of my childhood tables. I always imagine Jesus and his disciples on a cozy evening.  They enjoy their meals; they make jokes; they revisit their shared memories. However, this table is different from the ones I enjoyed in my childhood. This event is different from all other events that happened in this world. It is the night before the most significant three days of the cosmos: Jesus will die and be buried soon, and he will resurrect on the third day. Jesus’ table will soon become a heavenly banquet for everyone.

In this passage, the disciples learn that their rabbi will leave them soon. It seems that this is an opportune moment to say goodbye and enjoy their time with each other for the last time. But the disciples seem more interested in the internal politics of their community. They ask an irrelevant question: Who is the greatest? As we know from the Gospels, Jesus’ disciples, most of the time, struggle with the meaning of Jesus’ ministry. This occasion is no different. Jesus foretells his suffering, institutes Eucharist as the community’s most significant practice, and predicts that one of his disciples would betray him. Instead of trying to understand the eschatological sayings of Jesus, the disciples prefer to compare themselves with each other. Instead of focusing on the last moment of unity around Jesus, they prefer to preoccupy themselves with “I” questions. They miss the fundamental point about that night: they are all the beloved disciples of Jesus, even Judas. God, on that night, does not call them to question but welcome each other.

After two millennia, Jesus still welcomes his disciples around his table. The same loving and welcoming table is set again and again in different churches. Every worship service reaches its ultimate point at the Eucharist. During our celebration, our doors are open; we invite people every Sunday to glorify God and get caught up in the presence of God.

However, the Eucharist is not confined to a particular moment; the Church, in every moment, is a Eucharistic community. After each service, people are invited to have coffee around a table for companionship. The Eucharist accompanies us when we serve the coffee. We sit around our Lord when we sit next to each other. The Eucharistic nature of worship permeates into each part of our community life. We celebrate the Eucharist whenever we get together to worship, pray or volunteer for our missions.

Even when it is not safe to be physically present in our church, the Eucharistic character of our community has not changed. During the pandemic, we have found new ways to be with each other, with our neighbours and thus with God. Our encounters with each other have become Eucharistic events defined by God’s presence. We have become each other’s bread and wine and celebrated God’s presence among us. While waiting in patience and hope this season, we give thanks that God continues to gather us around his table in many ways.