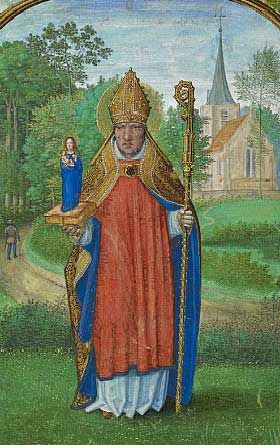 Go therefore and make disciples of all nations, baptizing them in the name of the Father and of the Son and of the Holy Spirit, and teaching them to obey everything that I have commanded you. And remember that I am with you always to the end of the age. — Matthew 28: 19-20 (closing two verses)

Paul to the Elders at Ephesus: Keep watch over yourselves and over all the flock, of which the Holy Spirit has made you overseers, to shepherd the church of God that he obtained with the blood of his own Son. — Acts 20: 28

Many years ago, I was born of missionary parents in India. They had made sacrifices to be there, leaving their families, giving up secure jobs and their comfortable lives, forgoing the expectation of marriage, to face possible 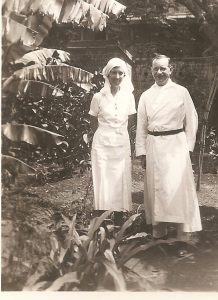 danger and discomfort. But they sailed to India filled with the love of God which they longed to share with the poor and rejected people in the lower castes, bringing them the message that Jesus cares for everybody. Missionaries at that time didn’t preach to the crowds, but they built churches, schools and health centres and visited the poor in their homes. And my parents were doubly blessed for they met each other in Ahmednagar and fell in love …

Today the Church remembers Boniface, one of the great missionary bishops of the early Middle Ages when converts were being baptised in their hundreds and even thousands.  He was born in England in 675 and died in Germany in 754. The Venerable Bede was a contemporary, completing his Ecclesiastical History in 731. Neither England nor Germany were one country at this time.  England was divided into 4 major and 3 minor Anglo Saxon kingdoms which vied with each other for supremacy, until finally united in the 10th century. Bede lived in the northernmost kingdom of Northumbria; Boniface was born and christened Wynfrith in the Southwestern kingdom of Wessex. On the continent, Northern Europe was a tangled mess of small kingdoms and warring tribes suffering waves of invasions from Franks, Saxons and Goths. By the time Wynfrith was born, although the Anglo Saxons and Celts were mostly Christian, Germany, France and the Low Countries were largely pagan. Barbarian Germanic tribes had been pouring across the continent from the east, conquering and devastating it and destroying churches established by Irish missionaries. 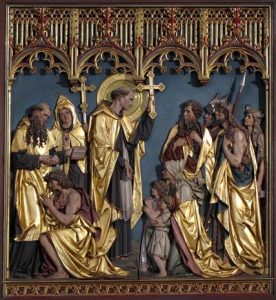 Wynfrith was only five when he decided that he wanted to be a missionary. Like my mother’s parents, his parents would have preferred a different career for their son, but they relented and sent him to a monastery school. He was a brilliant student and later teacher, writing a number of treatises and the first Latin Grammar to be published in England. He was ordained when he was 30, and began his mission in Friesland, but war cut it short. However, he soon returned to the continent and continued his mission. Pictures or statues of Boniface often show him holding an axe, a reminder of an incident in Hesse when he cut down an ancient giant oak sacred to Thor. When the gods didn’t strike him dead it is said the local pagans began to convert en masse. He was immensely successful in Germany, eventually being consecrated Archbishop of Mainz. Pope Gregory II renamed him Boniface, which means good deeds. Christians in England supported his work with money, books and letters. He was joined by many English monks, who helped him found four monasteries in Germany. One of his great achievements at this time was the reform of the church in Northern Europe which had become lax, discouraged and venial. He established four bishoprics in Bavaria and tightened up the governance of parishes and monasteries. Another hugely important role was his part in creating an alliance between the papacy and the Carolingian ruler Charles Martel.  The historian Christopher Dawson estimates that he has had a greater influence on the history of Europe than any other Englishman, quite a claim!

Boniface’s life ended on June 5, 754 near Dokkum in Frisia where he was killed by a raiding party of barbarians 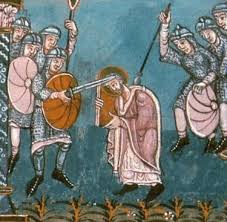 while he was sitting in a tent reading a book, waiting for the start of a huge ceremony of confirmation for new Christians. He could have been living out his old age safely in Mainz – indeed the pope had tried to make him retire to his bishopric, but Benedict felt strongly called to return to the mission field, having heard that many Christian converts were relapsing.

Saint Boniface, missionary and martyr, was a great man and an astute politician, but also, as his letters show, very human. He may have been writing nearly 1300 years ago, but his counsel is relevant today. In one famous letter he wrote

In her voyage across the ocean of this world, the Church is like a great ship being pounded by the waves of life’s different stresses. Our duty is not to abandon ship, but to keep her on her course. Let us stand fast in what is right and prepare our souls for trial. Let us wait upon God’s strengthening aid and say to him “O Lord, You have been our refuge in all generations.”

Christ said “Go therefore and make disciples of all nations.” Paul urged the Elders of Ephesus to “Shepherd the church of God.” If my parents were alive today and considering how best to serve God, they would not have become missionaries. I imagine that they might have worked overseas, but as members of NGOs. Perhaps the same would be true of a modern-day Boniface – or perhaps he would have become a politician. When I was six, I too wanted to be a missionary, but soon abandoned that plan in favour of being a diamond miner. I eventually became a teacher which has many things in common with both missionary work and diamond mining. Nevertheless, we Christians in Canada today have not abandoned the idea of the church as a missionary church. We just have to think of new ways to draw people into the fold of the church. Especially at the present time we have to be ready to speak out for what is right, to condemn injustice and racism, to counter waste, and above all to show love and concern for all of God’s people. Let us join ourselves with Boniface and pray for the strength to do what’s right, the courage to speak out and become leaders.

“Let us stand fast in what is right and prepare our souls for trial, “ he wrote.
“Let us wait upon God’s strengthening aid and say to Him: “O Lord, you have been our refuge in all generations.”
Let us trust in Him, who has placed this burden upon us. What we ourselves cannot bear, let us bear with the help of Christ.
Let us be neither dogs that do not bark, nor silent onlookers, nor paid servants, who run away before the wolf.
Instead, let us be careful shepherds, watching over Christ’s flock.
Let us preach the whole of God’s plan, to the powerful and to the humble, to rich and to poor, to men of every rank and age, as far as God gives us the strength, in season and out of season.” 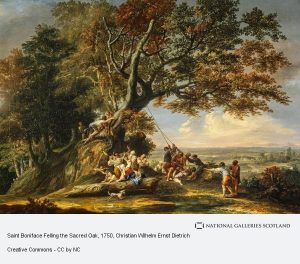