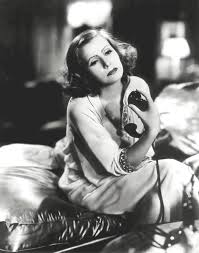 Standing in the doorway of a 1930’s art-deco hotel room in Berlin, Greta Garbo, playing the part of a temperamental Russian ballet dancer, uttered the immortal words ‘I want to be alone’. Frustrated by her failing career, the Grand Hotel provided her with a sanctuary from the world around her. She just wanted to be alone; somewhere to escape the madness, alone and able to contemplate her existence. Upon discovering that she hadn’t been missed when she failed to show for her scheduled performance she even contemplated ending it all. Thankfully, John Barrymore comes to her rescue and all is well. Hollywood has been ever-reliable in that respect for decades.

I have made no secret of the fact that I love the psalms. There always seems to be a psalm for every feeling, every situation, and every mood, even the ones we would rather admit we didn’t have. Today’s appointed psalm for morning prayer, which you can also listen to in our music section, is Psalm 55, ‘Hear my prayer, O God, and hide not thyself from my petition.’ Although one of the most human parts of the Bible, even in this psalm there is a degree of remoteness between the psalmist and the reader. We can tell that he is not the best frame of mind, but the reasons are unclear. Perhaps that’s the point. The human aspect of the psalms is in their eternal relatability, even thousands of years after they were written. Like Garbo, the psalmist is also trying to get away from it all: ‘And I said, O that I had wings like a dove : for then would I flee away, and be at rest.’ This is another immortal phrase, albeit in a paraphrased version by William Bartholomew, which was set to music by Felix Mendelssohn in one of the most iconic works of romantic choral music: O for the wings of a dove. Singing one of the largest treble solos in the repertoire is a truly liminal moment for any chorister. I recall, while assistant organist at Magdalen College, accompanying both the senior and deputy choristers in this monumental work, and the stress both boys experienced in attempting to navigate the work, knowing that proud parents, grandparents, friends, etc., would all be in the stalls on the edge of every note. Although written in the 1840s, it was immortalised by Ernest Lough, a treble in the choir at London’s Temple Church in a recording of 1927, only a few years before Garbo’s own contribution to artistic legend, under the direction of Sir George Thalben Ball.

Until recently, we all lived in a crazy world – one in which it was almost impossible to find space just to exist alone. Despite the fact that loneliness had been global pandemic long before the ugly spectre of COVID-19 raised its head, so many of us just needed to find a place to hide. Ironically, forced into our own respective hiding places, for many of us, all we crave right now is the company of another human being. While Garbo and the psalmist seem desperate to get away from it all, to retreat into the safety of solitude, and while, for now at least, many of us have to continue to abide by the more prudent advice that continues to circulate and do likewise, we cannot help but invert the prayerful plea of psalm 55 and ask to be restored to the company, the activities, the music-making, and everything else that continued to feed us through the madness of life before COVID-19 came to define every aspect of our life.

The other day, a video popped up on my Facebook feed from the choir of Trinity College Cambridge. One of the best mixed-voice choirs in the UK – probably the world, at least of their age anyway – would traditionally be heard singing Stanford (himself a fellow there many years ago), Byrd, Tallis, and, of course, Mendelssohn. However, this was a beautiful choral arrangement of Michel Legrand’s ‘How do you keep the music playing?’ with a soprano solo that will haunt you for days. This is a question that so many artists around the world have been asking. Most of us fully appreciate the torment that this situation has caused not only to those whose lives thrived on human interaction, but also whose livelihoods did as well. While so many have been enriched by the increasing wealth of cultural materials being made available online, none of this addresses the virus of depression tearing its way through the artistic community around the world who are increasingly worried that they will be the last to get back to normal, or whatever it is we are aiming for. Many are worried that whatever it is and whenever it comes it will be too late. And yet, listening to this overly sentimentalised yet movingly beautiful arrangement, I cannot but still see hope. ‘If we can be the best of lovers, Yet be the best of friends, If we can try with every day to make it better as it goes, With any luck than I suppose, The music never ends.’ The song is about lovers, clearly not friends and colleagues, but the sentiment is universal. Love alone won’t solve the problems our artists, our musicians, and many of our friends are facing, but it will go a long way still. We are all suffering our own turbulent journey through this, and there are days when so many of us can hardly muster the energy to deal with our own problems, but the one message through the Bible is that we can all be there for one another. ‘But it was even thou, my companion : my guide, and mine own familiar friend.’

‘How do you keep the music playing? How do you make it last? How do you keep the song from fading Too fast?’ Right now I can’t give you the answer to the question Legrand poses, but what I will tell you is that we won’t give up, because with a lot of determination, a lot of creative thinking and energy, and a lot of love from those around us, wherever they are, ‘ If we can try with every day to make it better as it goes, With any luck than I suppose, The music never ends.’