Posted on May 3, 2020 Posted By: Nicholas Capozzoli Categories: Music 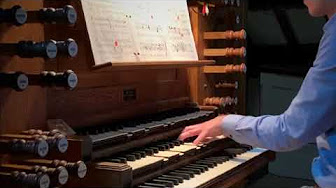 Christ Church Cathedral is one of only a small number of churches in North America that offers Choral Evensong on a weekly basis throughout the year, in recognition of the fundamental place of the Daily Office in our Anglican identity and heritage. While Anglicanism has changed enormously in its now almost 500-year history, and many today find the language of the Book of Common Prayer both outdated and inaccessible, the simple yet effective service structured around psalms, readings and the opportunity to reflect on these ancient texts that have tied Christians together for thousands of years still resonates with many Anglicans, and increasingly non-believers and those exploring their faith, today.

In this extended period of self-isolation and social distancing, it has become increasingly difficult for us to maintain a strict service of Choral Evensong while our Cathedral building is closed and our choir is unable to meet. We continue to explore ways of engaging our musicians to enrich not only our worship, but the wider devotional and cultural life of our community, but we also recognise the importance of people being able to interact with live worship, even if they do so from afar. Working within this framework, our Music & Liturgy team have devised a service of Organ Vespers that we will offer today, and for future Sundays until such time as we feel able to re-evaluate how the Cathedral continues to respond to the pandemic and the effects that it has on our worship life.

Evensong itself is derived from the combination of Vespers and Compline that Thomas Cranmer first devised when working on the Book of Common Prayer in the Sixteenth Century. The term ‘vespers’ has its origins in both Ancient Greek and Latin where it just meant ‘evening’, and services that recognise the images of day and night and their allegories within the wider Christian narrative can be found in almost all denominations. Although we might typically think of Vespers as being a Catholic office, the term Organ Vespers has its origins in Lutheranism, which itself has had a pre-established evening service for centuries. Indeed, many of Bach’s cantatas would originally have been heard within this context.

Our service this evening, while not new of itself, has drawn on a number of different influences in its construction. Those of you familiar with Evensong will, we hope, still recognise the overall shape of psalms and readings, interspersed with musical items and prayers which give time and space for reflection. Yet, there are also hints of the more traditional Catholic Vespers with the Magnificat taking centre-stage in what is an elaborate duet between voice and organ. For many centuries, there existed an ‘alternatim’ practice, where the ‘choir’ (often priests and monks) would chant the appointed texts, with organ improvisations interpreting the intermediate verses. This is a practice that, in practical terms, has all but fallen into abeyance, but which still exists in more academic circles. Thus, while you will not hear the entire Magnificat text verbally enunciated, each organ interlude, nevertheless, is inspired by the spirit and essence of the verse it replaces.

While the eventual format of this service is, at least in part, unconventional, we live in unconventional times where the challenge presented to us is to maintain our regular prayer life, to see and to seek familiarity, yet also to rejoice in the diversity and possibilities that what are difficult times for us all still present. Throughout the Bible, there are instances where the faithful had to adapt, to change, and be ready to accept that they couldn’t always do things the way they had done so, or in the ways in which they felt they should be done. Yet they still remained true to themselves and to their faith, and we at Christ Church continue to do all that we can to do likewise.

Below you will find the order for our service today. You can hear the service broadcast live on Radio Ville Marie at 4pm (ET) as normal with our Evensong services, or you can watch the service at the link below.

Organ Vespers for the Fourth Sunday of Easter

If you would like to make a free-will offering to support the work of the Cathedral during these difficult times, you can find full details of how to do so securely here.