Man of Dust, Man of Glory 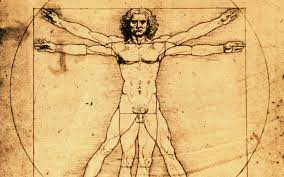 A time of pandemic seems a good time to think about death and what might come after it, and so Dante has been much on my mind these last weeks. There is a beautiful passage in which Dante comes to the bank of the river which divides the living from the dead; Dante writes, 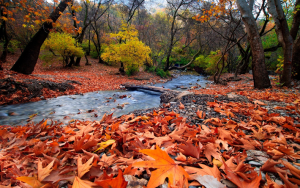 As, in the autumn, leaves detach themselves, first one and then the other, till the bough sees all its fallen garments on the ground, similarly, the evil seed of Adam descended from the shoreline one by one, when signaled, as a falcon — called — will come….I should never have believed that death could have unmade so many.” (Inferno, III.112-117, 55-56)

For me, there are few more beautiful and heartbreaking images of the reality of death. I do not believe that Adam’s seed is “evil” (although Dante was writing specifically about souls going to Hell), but the truth he articulates is one which is nearer to us than usual: that death’s dominion is universal. When the divine Falconer calls our name, we will come home.

Today, Paul gives us the great and yet of God. These empty boughs, these “bare ruin’d choirs,” are but prelude to a beauty beyond our imagining. What is weak in us, what is dishonorable, what was made to perish, will fall away– but we will not fall away. No, by the grace of God, we will rise. Not as we are, nor even as we would hope to be, now, with our imaginations bound by world we have come to love, all its transcendent beauty shot through with pain. Instead, we will rise more whole than we can imagine, more beautiful even than the face of a newborn child or of a spouse loved for many years. We who have borne the image of the man of dust, shaped from clay, will  bear the image of the man of heaven. Not because it is alien to us, but because it was in us all along, and when what is not essential to our selves falls away, the beauty which has always been there will be revealed.

There is a place below, the limit of that cave…a place one cannot see: it is discovered by ear — there is a sounding stream that flows along the hollow of a rock eroded by winding waters, and the slope is easy. My guide and I came on that hidden road to make our way back into the bright world…until I saw, through a round opening, some of those things of beauty Heaven bears. It was from there that we emerged to see — once more — to the stars.  (Inferno XXXIV.127-132, 136-139) 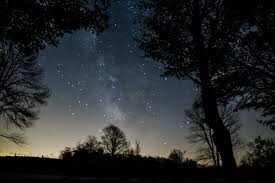