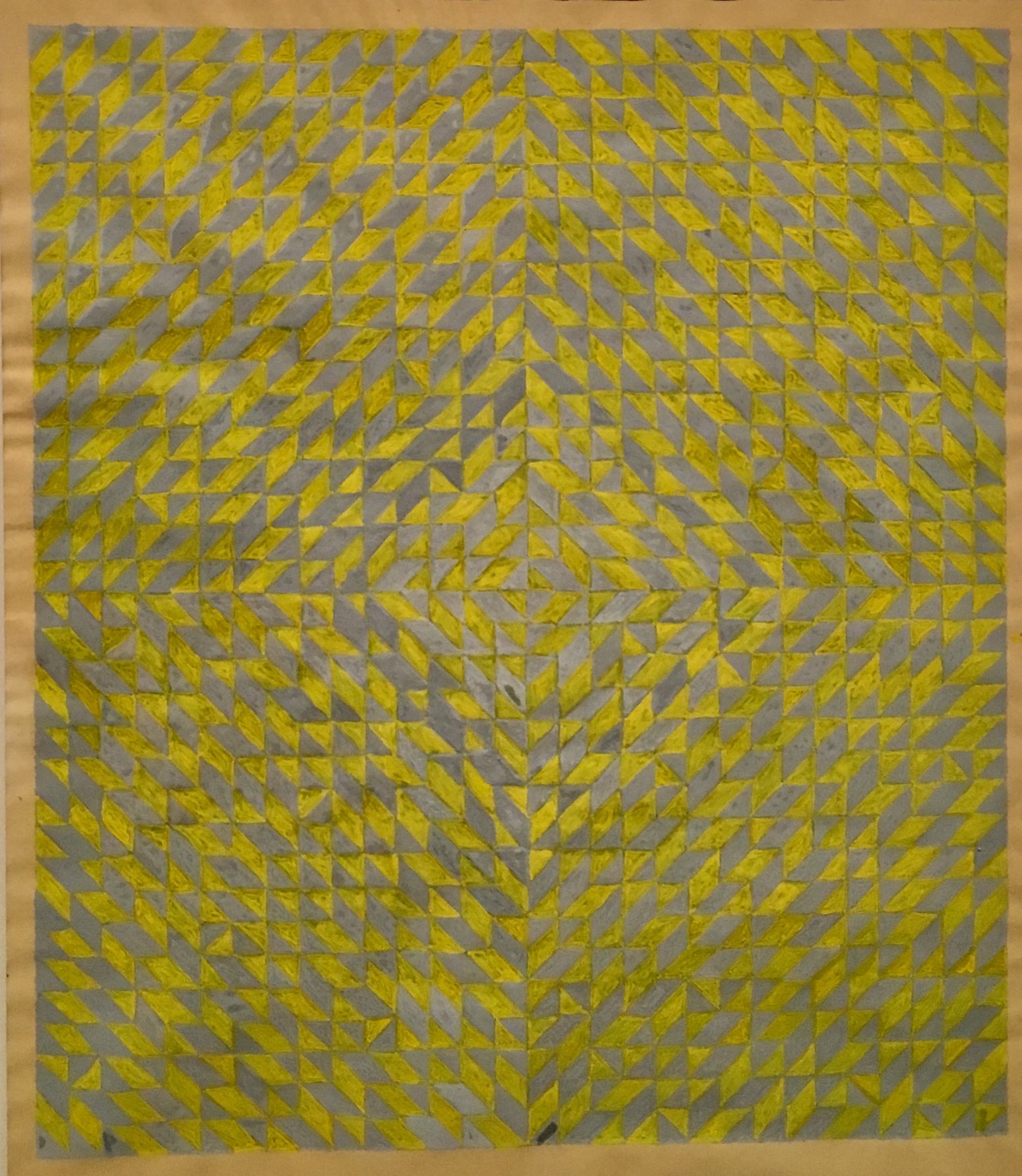 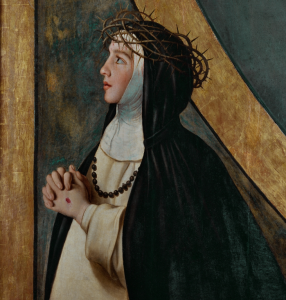 Today is the day the Church remembers Saint Catherine of Siena (1347-1380), one of the first two women to be designated “Doctors of the Church” (in 1970) thanks to the powerful influence of her life and writings. Her parents wanted her to marry, but she was determined to take vows as a tertiary of the Dominican order. She met with resistance because generally only widows were admitted to this group, but was ultimately accepted.  She then lived separately in her parents’ home, learned to read and write, conducted an active correspondence, and dictated a memoir of her spiritual experiences including a spiritual marriage with Christ.  She was drawn to attend to suffering wherever she found it: on the part of the poor, plague victims, prisoners, and the Church itself. You can read much more about her relatively short life here 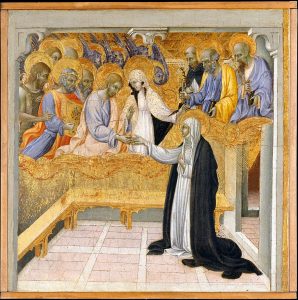 For today’s meditation, I want to connect her story … and her imperishable example… with the passage from Colossians, because in it St. Paul writes that Christ is the image (ikon) of the unseen God, and sets Christ before and through and beyond terrestrial time. People more experienced than I am in meditating with icons say that the holy image is a threshold from where we stand in time, to the eternal truths.

It’s possible that one of the reasons the holy ones… the saints.. are acknowledged as such not least by the Church is their quality to transcend the limits of space and time.  That they, coming close to Christ, become icons themselves.

Now, what if we read the passage in Colossians, above, using a code-breaking “key” from the first letter of John:

This gives us a paraphrase of Colossians… “Love exists before all things, and in love all things hold together….” and so on.  What but love, after all, sustains the community of saints, in heaven and on earth?

During today’s pandemic—which is objectively far less deadly than the plague of Catherine’s days—many of us are experiencing personal loss and bereavement. We feel helpless, and alone. Jesus himself, as we re-experienced in the days before Easter, lived the dereliction of his companions. Don’t our ties of mutual affection and love feel, well, mortal?

Yet going forward, I suggest that as members one with another in the body of Christ, even the imperfect love we bear points us beyond time—and raises those we love with the saints “in glory everlasting.”

Images by Anni Albers, Frey Juan Bautista Maino from the website of the Prado, and Giovanni di Paolo from “The Mystical Marriage of St Catherine”