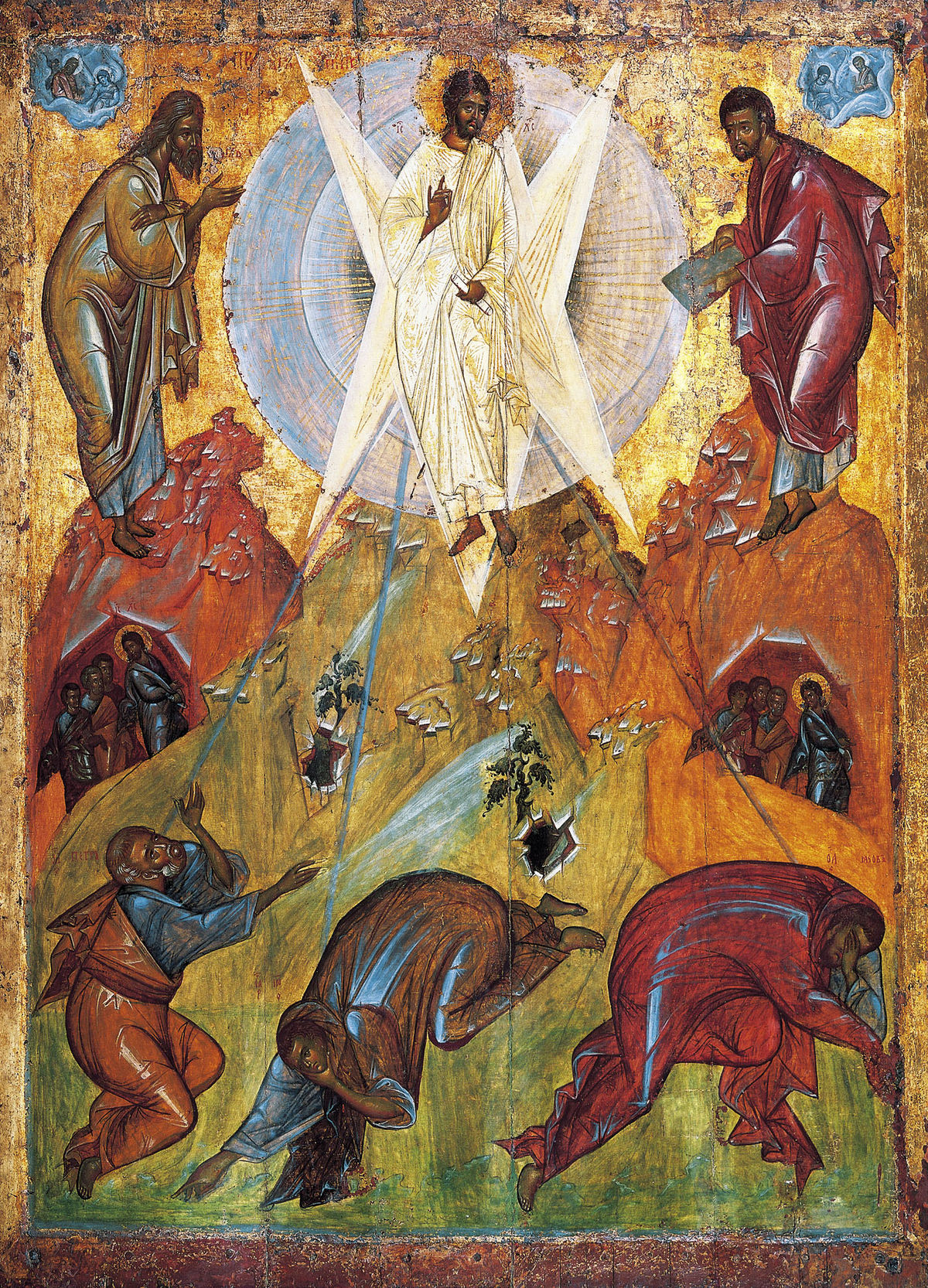 Six days later, Jesus took with him Peter and James and John, and led them up a high mountain apart, by themselves. And he was transfigured before them, and his clothes became dazzling white, such as no one on earth could bleach them. And there appeared to them Elijah with Moses, who were talking with Jesus.  Then Peter said to Jesus, “Rabbi, it is good for us to be here; let us make three dwellings, one for you, one for Moses, and one for Elijah.”  He did not know what to say, for they were terrified.  Then a cloud overshadowed them, and from the cloud there came a voice, “This is my Son, the Beloved; listen to him!”  Suddenly when they looked around, they saw no one with them any more, but only Jesus. (Mark 9:2-13)

Today’s readings, and yesterday’s, give us the story of the Transfiguration, when Jesus took Peter and James and John up a mountain, and suddenly Jesus was clothed in shining white, speaking with Elijah and Moses. Peter, astonished, wants to build shelters there — to hold on to that moment forever.

That image — building shelters — is all too pertinent right now, when most of us are sheltering in place. Over the last two weeks, we have heard, over and over: stay inside. Not, in this case, to protect only ourselves, but also to protect the most vulnerable among us.

Yesterday, my heart was broken by a different image of shelter: a photograph from New York, where the Army is 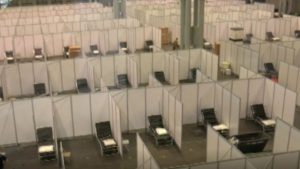 building a temporary hospital able to hold almost 3,000 patient beds. It is only one of many facilities they are working to convert, now, while there may still be time. Those shelters point to a different reality: that even if we do our best to keep the community safe, some among us will get sick; some will need care. That working from home is not a sabbath or a vacation or a chance to hone up on your baking skills: it is one half of a dance, in which our partners are healthcare workers trying to keep very ill people alive.

Many years ago, I worshiped at a church which had a strangely troubling painting behind the altar. It had originally been an image of Jesus standing on a mountain, with crowds of people pressing up from below — the sick, the lame, the blind — all the people of earth, reaching their hands toward Christ for healing. At the bottom, some words, picked out in gold: Come To Me.  At some point, however, someone had painted out the people, so, by the time I saw it, the image showed Jesus enthroned on a cloud, serene in the heavens, with the words “Come to Me,” but with no possible way for us earthbound people to reach him.

That image was blasphemy: our God is not a God who remains in heaven or on mountaintops, but one who hears our cry, sees our suffering, and comes down to help (Ex 2:7-8). We do not worship a remote deity, but one who has chosen to be intimately involved in the details of our life. At the end of the Transfiguration, Jesus comes down from the mountain. He takes himself and his three disciples into a broad plain, where crowds are pressing in for healing, and he heads toward the one man whose son the remaining disciples had been unable to cure. He takes upon himself what it was beyond our capacity to mend.

We do not need to come to Jesus, because he first comes to us. He comes to us in our struggle and in our fears and in our impotence; he comes to us in mercy and compassion and love. He shows us the strongest shelter of all: not walls and doors and surgical masks, but the abiding love of God, which shelters us in this world and in the next. 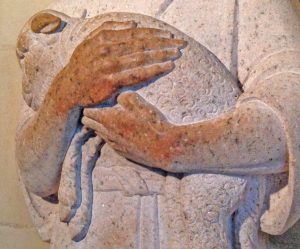 And our response: the honor we have for the dignity of every human being, in whatever form we are called upon to show it.   Here is our worth: