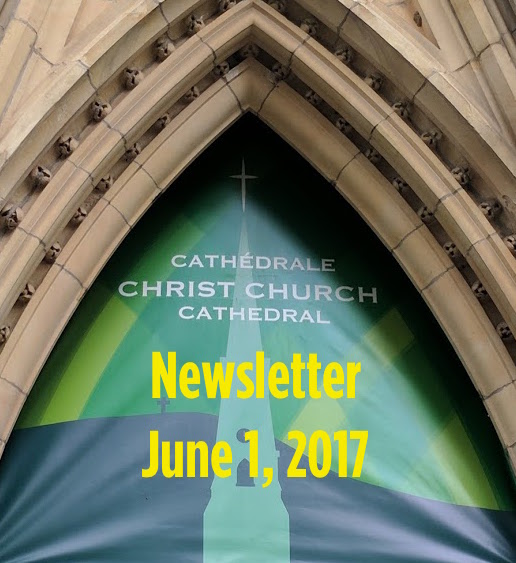 It rained on Tuesday, but that didn’t dampen the spirits of the people gathered on May 30 to celebrate the official launch of the capital campaign. Members of the cathedral congregation met guests at the entrance to the cathedral and guided them through the building to Fulford Hall where they were greeted with lively music played by Jennifer Thiessen (viola), Geneviève Liboiron (violin) and Andrea Stewart (cello). Once everyone was seated the speeches began. Thank you to Elizabeth Hirst, Communications Director for the campaign, for this lively and inspiring account of the proceedings:

“The cathedral’s major fundraising campaign got off to a very encouraging start on May 30 – yes, a “start”! While many members of the congregation and leadership have been busy for nearly two years strategizing, creating materials and approaching potential donors, last Tuesday was the campaign’s official public launch. Usually, public launches happen only once serious headway has been made towards the goal. And headway certainly has been made! Campaign Chair Bruce McNiven announced that so far, government sources have given $1.2 million and private sources, $1.5 million towards the overall goal of $8 million. Pledges and contributions have come in from foundations, corporations, families, and individuals, including generous members of our own congregation.

“A special treat for guests was the return of Dean Emeritus Paul Kennington, who flew back from the U.K. for the occasion. He and Interim Priest-in-Charge Donald Boisvert spoke inspiringly – and bilingually – of the vision that set the campaign on its rails and of their hopes for the future.  Bishop Mary noted our many years of service to the community, and our role as an oasis of peace and safety to people of all beliefs and backgrounds. Mayor Denis Coderre sent best wishes for success, read by his colleague Monique Vallée, from the city’s Executive Committee.

“MC Katie Malloch, the popular former CBC host, whose parents were active in the cathedral for many years, said how proud her Mohawk grandfather would have been to see the recognition by the cathedral that it stands on the traditional land of his Haudenosaunee people. She also noted at the end of the ceremony that some 28 members of the congregation had turned out to help with event, and led a round of applause for them.

“Other speakers included retired social worker Sheila Goldbloom, who lauded the way in which the cathedral is part of inter-faith projects that serve the wider community, and Julia Gersovitz, from ÉVOQ architecture, who described the excitement and the challenges of restoring the spire and masonry. Jocelyn Groulx, who heads the Conseil du patrimoine religieux du Québec, was applauded for his recognition of the significance of the cathedral’s building, as well as for his organization’s strong support of the project to repair it for future generations. 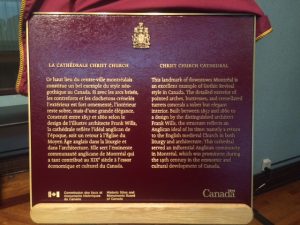 “The launch was preceded by the unveiling of a plaque by Parks Canada commemorating the national historical significance of the cathedral building. Four members of our own choir sang the national anthem with the richness and beauty for which our choir is noted, setting the tone for a very informative and glowing speech by Daniel Beaudin, representing Parks Canada, who commended the role Christ Church Cathedral and its community have played in Canada through the years. Dinu Bumbaru, well known for his support of Montreal’s built heritage, spoke so knowledgeably and engagingly about the cathedral that people asked for his text. (One will be prepared and posted on the cathedral website within a couple of weeks.)

“The handsome Parks Canada plaque will be secured to the cathedral’s outside walls during the restoration project.”

You can read Marian Scott’s article in the Gazette by clicking on this link. 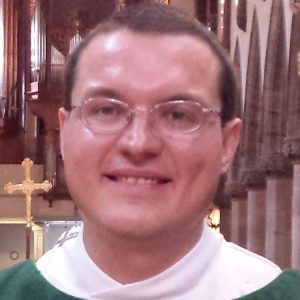 More good news: Last weekend ACPO (The Advisory Committee on Postulants for Ordination) recommended Joel Amis as a postulant for ordination. The bishop has accepted him as a postulant in the diocese of Montreal. This is a very important step for Joel on his journey towards ordination. We offer him our warm congratulations and our prayers.

As we all know, there are pressing needs in Montreal also. Lori Olson from Mile End Mission is appealing for help in a crisis caused by Montreal Harvest experiencing a shortage of non perishable food. This is impacting MEM’s lunch and breakfast programs. They are in need of basic staples like canned tomatoes, soups, beans, meat sauce, rice, macaroni etc.  Lori writes “Although we don’t really have a transportation system we will find a way to pick up if it is needed” She can be reached at muffet69@gmail.com or 514-274-3401. To learn more about the mission go to http://mileendmission.org/

Oasis Musicale presents its usual concert at 4:30 on Saturday. This week Ensemble Gai, a women’s choir directed by Rosaline Blain, is offering a recital for spring reflecting a myriad of shimmering colours with works by Poulenc, Mendelssohn, Grieg, Ingari, Britten, Brahms, Schumann, Ligeti and Elgar. www.oasismusicale.ca 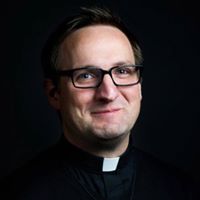 Don’t forget the Ordination Service at 4 pm on Sunday when Jean-Daniel Williams will be ordained priest.  Confirmations will also take place!!!  The presider will be the Right Reverend Mary Irwin-Gibson, the mass setting the Mass of the Reconciliation by Hewitt-Jones. Other music in the service is by Messiaen, Howells and Palestrina. There will be a reception after the service.

Sunday, June 4: The Cathedral Reading Group will meet at 7:30 to discuss A Constellation of Vital Phenomena by Anthony Marra. All are welcome. For more information please see Jane, Helen or Ann.

Tuesday June 6th: Lunch’n Chat: Join us at noon for a potluck lunch and fellowship in the Hollis Lounge (on the second floor at 1444 Union Avenue). RSVP to the Cathedral office by Monday morning, June 5th. 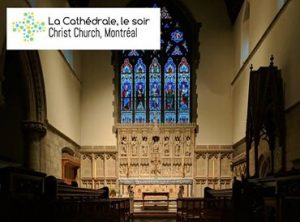 Sunday June 18th: Intercommunity French Eucharist at 12:45 followed by a picnic. The main dish will be provided by the Cathedral, please bring a salad or desert to share. RSVP to the Cathedral office before June 9th. An opportunity for francophones and francophiles to establish ties and build friendships.

Flower sponsors needed:  Speak to Rob Wells or contact the Cathedral office if you would like to donate flowers in thanksgiving or in the memory of a loved one

“Come, Holy Spirit, power from on high; make us agents of peace and ministers of wholeness.”

If you want to receive the newsletter by email, and with it various additions (Forum minutes and reports; photos; etc.) Simply send your coordinates to the cathedral office.