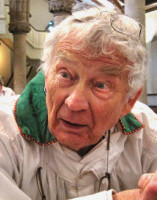 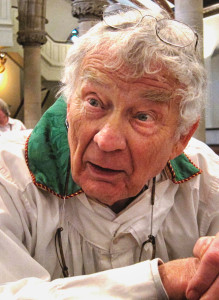 Roger died suddenly but peacefully at The Royal Victoria Hospital, Glen Site, on Saturday 10th October 2015 in his 85th year.

Educated at Harvard and at St Andrew’s University in Scotland, Roger came to Montreal from the United States in 1961, after serving as a priest in Ohio and New York City. He was at various times, Anglican chaplain at McGill University, director of the Yellow Door, and responsible for developing the religion department at Dawson College.

He was also a medical ethicist, holding a number of important positions in this field at McGill, Concordia and Ville-Marie Medical Centre. He has published papers on human ethics, with special emphasis on human organ transplantation, as well as papers on ethical issues relating to the use of animals in research. Cathedral parishioners remember his thought-provoking sermons and strong support for social justice issues. Recently, eye and mobility problems have prevented Roger from participating in Cathedral services but he continued to be a valued part of the ministry team, bringing his insight, humour, and compassion to the meetings of Episkopé.

We are grateful for the many years he served our community so faithfully and send our condolences to his wife, Pat, and to his children.  He will be greatly missed by all of us.

Rest eternal grant unto him O Lord, and let light perpetual shine on him. May he rest in peace.