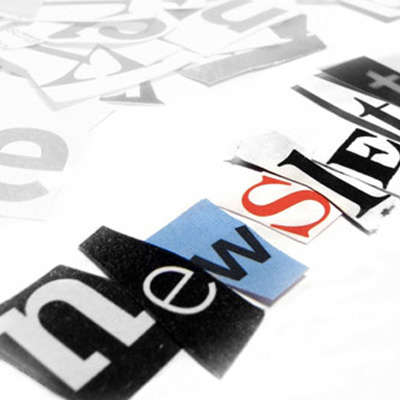 The people we remember on our intercession list are all special, but two people in particular will be remembered with a smile this Sunday by those who knew them. July 15 marks the anniversary of the death of Helen Henderson, famous for the beautiful teddy bears which she made and sold to raise money for the cathedral. I have a life-sized bear cub named Boris which has been hugged by me and multiple grandchildren when they were the same size as the bear.

Bill Bothwell, who died on June 23, was Dean of Christ Church Cathedral from 1963 to 1968 and is remembered with great affection by those who were in the congregation then. The sixties, the period of the Quiet Revolution, were an interesting time in the cathedral. Declaring that “the cathedral is not a venerable institution: it is a vibrant community of Christians”, Dean Bothwell made many innovations- the Nave Altar, a week-day French Eucharist, coffee hour, Lenten lunches, a men and boys choir, coloured vestments. The Eucharist became the main service each Sunday and names were removed from the pews. Liturgical dance was introduced. Jane Aitkens, whose father was People’s Warden for 3 years, remembers confirmation classes run by his wife, Lois during which the youngsters visited other churches. Bill Bothwell was heavily involved in the ecumenical Christian Pavillion at Expo 67 and the cathedral was designated the Anglican Expo Church. There will be two requiem masses in Ontario, July 15 at St Thomas’ Church in St Catharine’s and July 18 at St John’s Church East Orangeville.

Pre-Authorized Giving an efficient solution for summer travellers!
Throughout its history the Cathedral has struggled to balance its budget. For many years much of its financing came from pew rents – $6834 from pew rents, $3372 from the offertory in 1863. Envelopes were introduced at the end of the 19th century. More recently the system for making regular donations through pre-authorised payments (PAR) has become popular; it saves the last minute hunt for an envelope on Sunday morning and is an efficient way of giving because donations continue when one is out of town. To sign onto PAR system, simply complete the PAR authorization form and return it to the Cathedral. You can read more about this in the Annual Giving section on the website (here).

…in the heart of Montreal

This Saturday and Sunday the cathedral is participating in the St Catherine’s street fair with two tables, one promoting fair trade and one featuring activities at the cathedral. Do come by, get a free banana and chat to passersby.

Some members of the cathedral helped with the census of Montreal’s itinerant population on March 24. You may have seen the results this week showing that there were 3016 people living without a home that day. Mayor Denis Coderre has declared that the city will find solutions. However, RAPSIM the umbrella organisation for groups (including the cathedral) tackling the problem of homelessness has been quite critical, maintaining that the census is not a faithful portrait of the actual situation. One day is not enough; so many men, women and young people find themselves on the street at different times of the year in a manner temporary, cyclical or chronic. You can read their comments here.

Music in and around the Cathedral

Saturday, July 11 at 4:30 pm
Soprano coloratura Gabrielle Emard and pianist Anna Huettel invite you along to discover the sounds of foreign lands in their concert entitled “Exotic Songs”, a recital exploring the exotic ideals of the Romantic era. Covering 75 years of musical history, the repertoire will bring you on a breathtaking journey around the world.

Monday, July 13, at 7:30pm
The Cathedral is delighted to welcome Les Petits Chanteurs de Saint-Louis de Paris, a children’s choir which is touring Canada. Founded in 1953 by Abbot Gachelin, this famous choir is visiting Montreal for a special concert which is free and open to all, though donations will be gratefully accepted.  More on Facebook.

Tuesday, July 21, at 8:00 pm
In Redpath Hall,Adrian Foster, our assistant organist will open the concert series of this year’s McGill Summer Organ Academy

Every summer Sunday the children of the Sunday school will be making a joyful noise, creating their own psalm, composing its tune and playing it on instruments they will make themselves. Why was my Sunday School never this much fun?!

The PWRDF summer appeal is supporting the “Fred Says” Food Security Campaign. Please make sure to visit the display at the back of the cathedral.

Sunday: Amnesty letter writing after the 10 am Eucharist. Join others writing letters or postcards to speak out against injustice

Cathedral Book Group is reading Us Conductors by Sean Michaels over the summer for discussion in September. All are welcome to join the group.

Bible Study on Mondays at 5:15pm, looking at the Epistles to the Corinthians. See Tania for details.

Hungry Minds: Bible study and supper for students and young adults meets every Wednesday from 6-9 pm in the Undercroft. Contact Rhonda for details.

Come hear Father Michael Lapsley on Saturday, August 1 at 7pm.  Fr Michael is an Anglican priest who was active in the anti-apartheid movement in South Africa, serving as chaplain to the ANC, among other roles.  He continues to work towards reconciliation and peace in South Africa as the director of the Institute for the Healing of Memories and in developing models to assist faith communities in the process of healing the psychological, emotional and spiritual wounds of violence. More details to come.

Paul will lead a pilgrimage in England exploring our Anglican Heritage from April 20 to May 3, 2016. You can pick up an information leaflet and enrollment form at the back of the cathedral.