Posted on May 22, 2015 Posted By: Vivian Lewin Categories: Latest News, Prayer and Spirituality 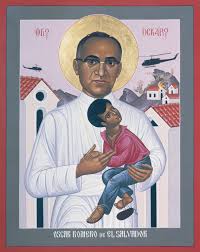 If you were in th 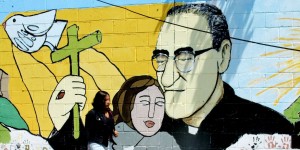 e Cathedral on Good Friday in 2013, you may have seen the Cathedral Dancers depicting how Oscar A. Romero, Archbishop of San Salvador, was mourned and venerated after he was assassinated while celebrating Mass.

Romero had been selected as Archbishop because he was thought to be suitably conservative and “safe” at a time when progressive elements in the Catholic Church were raising consciousness among the peasants. The regime in power targeted both the peasants and the priests and church workers, and Romero’s persistent witness to those atrocities … broadcast weekly in addresses to the whole country … led him ultimately to call upon the army to disobey orders and refrain from killing their fellow citizens.  He was murdered soon after.  In Central America the people did not wait for him to be canonised; they already call him San Romero. 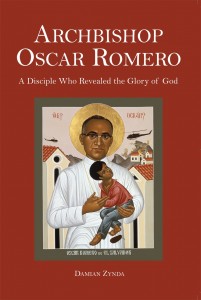 Romero’s statue appears above the West Entrance of Westminster Abbey as one of ten modern martyrs.

Two years ago, Damian Zynda visited the Cathedral. She had studied his personal journals and traced the development of his spirituality, summarized in her sermon;  you can listen or read it here.

Romero will be beatified this Saturday on the eve of Pentecost, May 23.

His  transformation from a “safe” church leader to an outspoken advocate for his people is described in this essay by John Dear, which also sheds light on what Christians think (and do!) about war.

“His funeral became the largest demonstration in Salvadoran history, some say in the history of Latin America,” writes Dear. “The government was so afraid of the grieving people that they threw bombs into the crowd and opened fire, killing some thirty people and injuring hundreds more. The Mass of Resurrection was never completed and Romero was hastily buried. This weekend, El Salvador will complete that Mass of Resurrection.”