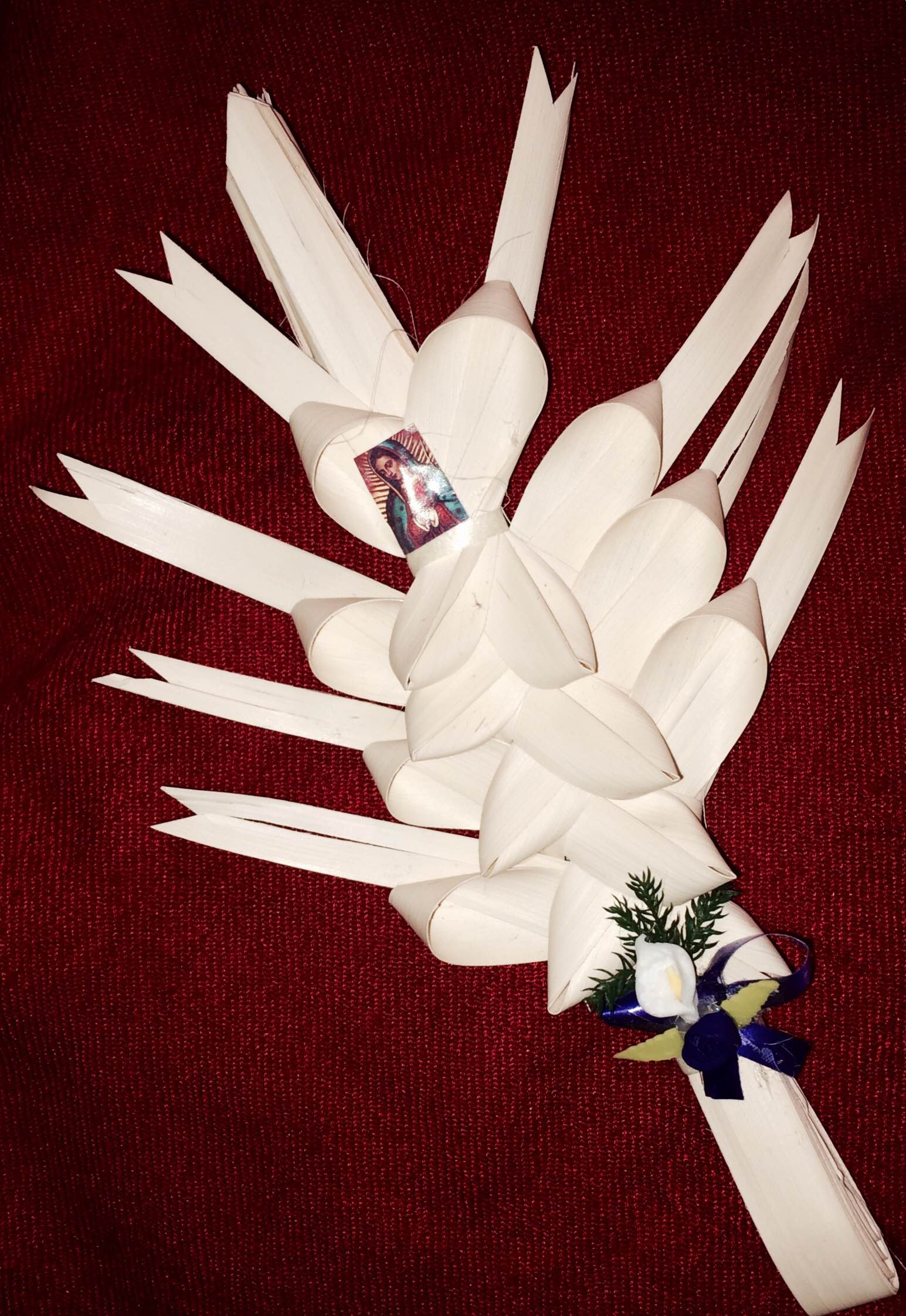 [Beth Adams’ introduction to Contemplative Prayer on April 14, 2015]  During Lent we’ve been hearing advice and wisdom from important teachers of contemplation, and I plan to continue with that, but today I’d like to talk about learning from real life: the great teacher who is available to us all every day.

I’ve just gotten back from my yearly trip to Mexico City, which we timed especially so that we could experience Holy Week and Easter in Mexican culture. It was pretty fascinating, often moving, sometimes disturbing, and it made m 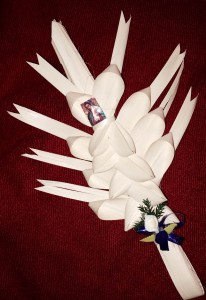 On Palm Sunday we attended Mass at the local Roman Catholic church in the working-class neighborhood where we stay. In fact, it is the only church in the neighborhood: we saw a few evangelical churches around the city, but Mexico is predominantly Catholic. We were the whitest and tallest people in attendance, as we were almost everywhere we went. To our complete surprise, a woman greeted us shortly after we sat down, and asked if we would be willing to bring the elements up to the altar during the offertory. We were honored, and of course agreed, but didn’t take communion. Afterwards we explained to her that we were Anglican, visiting for Holy Week and Easter, but didn’t feel we should take communion without permission of the priest. “Would you like me to ask for you?” she said. “Yes, please!” we answered. She went up to the young priest conveyed our request, and he turned to us with a huge, warm smile, and said “Si! Si!”

The local Indians, the Nahuatl, are descendants of the Aztec. They are the darkest, smallest, and poorest of the Mexicans, while the pure Spanish are the tallest and whitest; most people are a mixture. Some of the Indians are beggars, some have terrible disabilities; others are enterprising sellers of handcrafts and food. Nearly all are Christians who are particularly devoted to the Our Lady of Guadeloupe. On Palm Sunday, Indians were outside all the churches  selling intricately woven objects made of palm leaves, which everyone buys and takes into the church to be blessed with holy water. For Easter they offer special breads, pastries, bouquets of traditional herbs like chamomile and rosemary, and flowers. I bought a huge armful of white calla lilies – their traditional Easter lily – from an Indian woman on the street for about $3. On Maundy Thursday, the congregation built a “monument” – somewhat like our Gethsemanii garden – entirely of white flowers contributed by the parishioners.

At the Easter Vigil and on Easter morning, people not only bring their own candles to church to be blessed, but they also bring jugs of water that are blessed during the service – perhaps to be used during the year when family members are ill or in need?

On Good Friday, I was feeling pretty tired, oppressed by the huge crowds, and it was very hot. My husband, along with about two million other people, went alone to the poor suburb of Iztapalapa to experience the traditional procession and Passion Play, while I went back to the local church for the Stations of the Cross.  At first I stood with a group of people, mostly women, who were following the cross and candles as they went from station to station, but it quickly became clear to me that this was going to be a very long process. Some people stayed in the pews, but that was alarming too, because not only were they kneeling, but kneeling straight up, never resting their seats on the plain wooden benches. The readings, prayers and chants were all in Spanish, and although I could tell which Station we were at by the carving on the wall, I understood almost nothing. By the third Station I was fighting an internal war between my determination to stay and my desire to leave. I asked myself what I was doing there, and wondered how I could slip unnoticed out the back. By the sixth Station, near the back of the church, I had positioned myself so that I was behind most of the nearly-full congregation, able to head out the door. But that was also when I finally remembered to breathe, and to ask God for help. When the clergy and candle-bearers turned the corner to come back up the other side of the church, I was finally beginning to settle down.

It was not a time to shut one’s eyes, so I tried to take in more of the scene in front of me, making it a part of my meditation. An older woman near me had sat down, so I gratefully sat too. My gaze became fixed on the back of a woman standing a few rows ahead. She was an Indian, wearing the traditional rebozo or shawl, and she was under five feet tall, but I guessed her to be about my age. Through my feeling of connection to this woman, and the concentration on my breath, my negative feelings disappeared, and I felt my heart lift. There were some brief moments of self-reproach, but they were replaced with an inrush of gratitude. The rest of the service went quickly – or perhaps it went on for hours, I’m not sure. What I do know is that it was no longer about me, but about something collective of which I was a part, not thinking but experiencing much more fully in the moment – and that sense stayed with me for the rest of the time I was in Mexico.

Mexico City is set in a high desert, ringed by volcanoes. As I went about this city of twenty million souls, every time I saw the huge cactus and other desert plants that grow in the public gardens, I was reminded of Thomas Merton’s words, “We do not go into the desert to escape other people, but to find them.” Contemplative prayer seems like the most private of prayer practices, but paradoxically that is not its intention. We go into ourselves in order to come out of ourselves; we go into our separateness in order to find unity.

A blessed Eastertide to all of you.