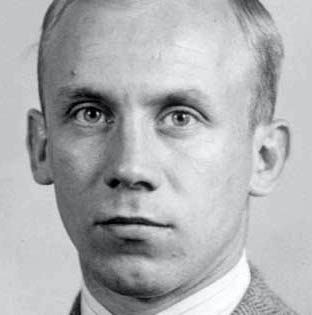 [Beth Adams’ talk on March 10, 2015]  We recently discussed the Benedictine contemplative John Main, for whom the practice of meditation is, first of all, a way for us to become acquainted with ourselves. In his book Word into Silence, I was struck by this simple phrase: “In order to enter into this holy and mysterious communion with the Word of God dwelling within us, we must first have the courage to become more and more silent.”

Today I want to talk to you about another teacher for whom these words would have resonated: Thomas Merton. 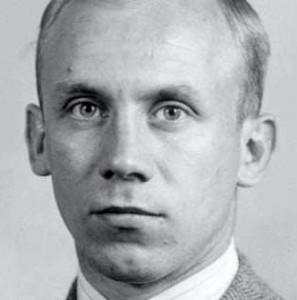 Merton was born in France in 1915 and baptized in the Church of England; his father was an artist from New Zealand and his mother was an American Quaker, also an artist, who died when Merton was six. During his childhood he lived in the United States and went to schools in France and England. In 1931, when Merton was only sixteen, his father also died and he came under the care of a guardian. In 1933, he entered Cambridge University, and while he was there he lived a very free life. Two years later his guardian agreed not to tell his grandparents about his indiscretions if he would return to the U.S.; Merton did that, entering Columbia University.

He had been a self-professed agnostic until travelling to Rome, where he found himself drawn to the churches and basilicas. In New York City, Merton became part of a group of young intellectuals and writers, and began exploring his own faith, and beginning to feel a desire to make up for some aspects of his past. After reading the story of the conversion of Gerard Manley Hopkins, he felt a strong call to become Catholic, and began receiving instruction, eventually being baptized again and receiving communion in the Catholic Church. After becoming influenced by the Catholic Worker movement, he realized that he was actually experiencing a call to become a priest, and was advised by a very close friend that joining an order might be more suited to his scholarly gifts than parish ministry. As it turned out he entered one of the strictest orders, the Trappists or Cistercians, where monks take a vow of silence and rarely go out into the world.

As a monk and later a priest, we have come to know Merton as one of the most influential proponents of the contemplation, silence, and solitude. But he was someone who struggled all his life with the conflict between his gifts and genuine calling as a writer — someone who worked with words and had a great desire to share them – and an equally strong call to deeper and deeper silence. Even though he lived in a silent order in a Kentucky monastery, it was the time of the Cold War, the nuclear arms race and the struggle for civil rights, and Merton felt these great disturbances just as keenly as we do the problems of our own times.

I’ve read nearly all of his books, including his journals, and what strikes me the most is how he grew into “the courage to become more and more silent.” By this I do not mean that he failed to speak out about politics, war, non-violence, consumerism, the secularization and growing noisiness of everything, the great need for quiet and stepping-away, the danger of losing our humanity. But those words came out of his experience of deep and profound silence. He does not implore God to come and save us, but for us to learn the wisdom to know who we really are, and thereby save ourselves from ourselves.

Because I am a writer myself, Merton’s story and struggles have often struck home. For whom do I speak? For whom do I write? How much of my dependence on words comes from pride and the desire to impress other human beings — even in prayer? Right now, in the very middle of Lent, is a good time for me to listen intently to John Main’s comment, “In order to enter into this holy and mysterious communion with the Word of God dwelling within us, we must first have the courage to become more and more silent.”

The courage to become more and more silent means, first of all, having faith that we can actually meet God in silence and that He knows our needs before we ask. Do we really believe this? And second, it means having the courage to closely examine our reasons for using words in the first place.

Merton writes: “There are many declarations made only because we think other people are expecting us to make them.  The silence of God should teach us when to speak and when not to speak.  But we cannot bear the thought of that silence, lest it cost us the trust and respect of others.”