“On the Dot” [Meditation Talk] 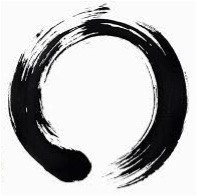 When Zen Buddhist teachers first came to the West, some said it would be impossible to teach Zen to western students because they simply lacked the necessary discipline. Shunryu Suzuki, who founded the first Zen monastery in America, started studying at the age of twelve under the strictest type of Zen teaching, called Rinzai.

“At 4:00 each morning he arose for zazen (sitting meditation). Next he would chant sutras and begin cleaning the temple with the others. They would work throughout the day and then, in the evenings, they all would resume zazen…”

Rinzai teachers are famous for carrying a big stick and hitting students who slump or fall asleep. Su

zuki lived with and studied under a very strict teacher well into his twenties, and then went to university, before becoming a head monk himself. Can you imagine someone with such a training in discipline coming to San Francisco in the late 1950s, and finding that his prospective students were longhaired, authority-questioning beatniks like Alan Ginsberg, lounging around on the floor?

These students had been gathering in a Buddhist temple that had once been a synagogue, but Suzuki was shocked at the watered-down variety of practice they were doing. He asked them to sit in a rectangle without any cushions at all, facing outward, staring at the white walls. Oddly enough, the discipline and the spare, simple practice style attracted people. Gradually, more and more students appeared, and he was able to found the monastery and practice center that became known as Tassajara. Suzuki found that he liked America and Americans. He was a reformist who felt Japanese Zen had moved away from its original roots as pure meditation practice, and he worked hard – in a very gentle but firm way – to establish this in a new place that was receptive to it.

I’ve read many books on Zen practice, and they all emphasize the posture and the breath as the most important means we have in order to concentrate and quiet the discursive mind. Rinzai teachers are strict on posture because it is true that you cannot slouch and breathe properly. In one book, the Zen master is absolutely unequivocal: “It must be right on the dot,” he insists. In Christian contemplation, some teachers emphasize the breath and some the repetition of a mantra, but posture is not so important, and no teacher is examining the students to see how well they are following the rules, and certainly not whacking them between the shoulders!

We really do need some discipline, though, because when left to their own devices, the mind and the ego will conspire to keep our attention distracted, and we will never get beyond a superficial level. We may feel more peaceful, or rested, during this break from daily life, but in reality, I’m sorry to say, many people who think they are practicing contemplation are actually just daydreaming.

Our basic goal is to be in a state of perfect stillness, receptivity, and awareness, fully in the present moment, without the distractions of thinking, labeling, and judging. The more we are able to do this during contemplative practice, the more we will learn about our true nature (to use the Buddhist term), or about the Mind of Christ (in Christian language), or Unity Consciousness, (for the New Agers) — and the more we will be able to remain calmly in the present moment when life presents us with challenges. The sages and saints we admire have all committed themselves to these goals with single-minded effort.

I can tell you that my own practice has not always been exactly “on the dot,” and yet breakthroughs occurred. But I’ve always remembered that master’s admonition, and I try to maintain discipline about both posture and breathing because I know these are the crucial tools that have worked for centuries, in Christian monasteries as well as Buddhist ones. Even if we can only achieve a few moments at first, over time our ability to stay still and in the present moment will grow. It’s worth reminding ourselves about this from time to time. So today before the bell rings, let’s do that, and at the interval, please resettle yourself and think again about your posture and breathing, gently, without admonishing yourself. Remember, every moment and every breath is a new beginning.

(Basic instruction about posture and breathing was then given.)