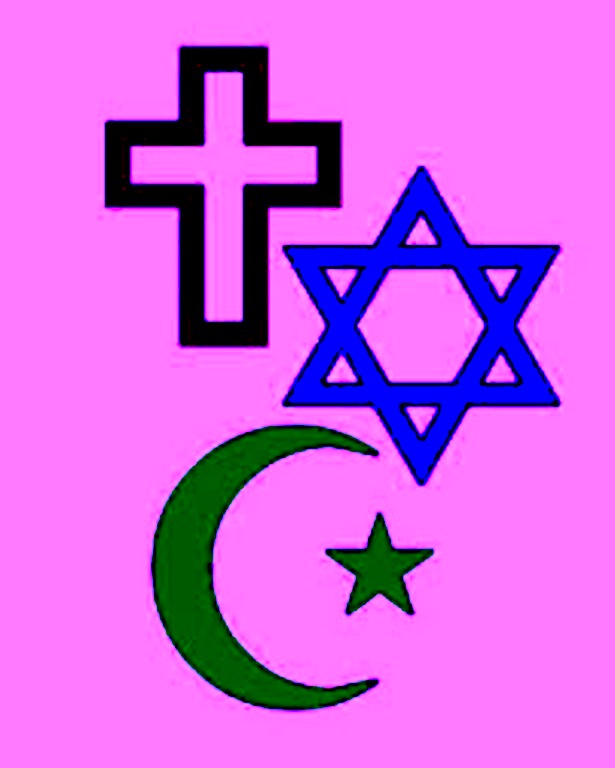 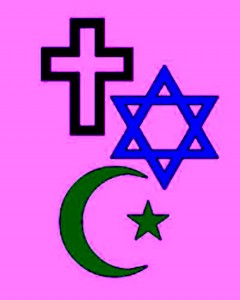 Some years ago, I was sitting with my new friend Shirin, waiting for a movie to start. It was around the time of 9/11. We were looking at an issue of the campus newspaper, and on the front there was the word “Allah” written in English and Arabic. I had recently begun learning how to sound out Arabic script, and I traced the strokes, pronouncing as my finger went from right to left, looking to her for confirmation that I was doing it right.

“Good for you!” she said. Then she hesitated and continued, “Actually, for us Muslims, this is not so good, to have the name of God printed in a newspaper. We never do that.”

“Think what will happen to this newspaper and all the others like it. It will just be thrown into a garbage can, or someone could wrap their leftover sandwich in it, or sit on it, and that would desecrate the name of God which appears there. We believe that when we fail to respect the name of God, we desecrate Allah Himself. It is a sin.”

I was disturbed by this, though I didn’t say anything. To me as a relaxed American Christian, such a concern seemed absurd. I had recently started a Muslim-Christian prayer group along with Shirin’s husband, the campus chaplain for Muslims, and it was a crash course in learning what was acceptable and what wasn’t. Although my own husband was a Christian of Arab-Armenian heritage, I had never come face-to-face with Islamic rules, many of which went much further than dietary laws against alcohol and pork. When we hosted our first gathering for dinner, inviting Muslim students from several countries, I had set out my best china and silver to honor the guests. Shirin came into the kitchen to ask me if we had any stainless steel cutlery. “It is forbidden for us to eat with silver,” she explained. “And the men will need to sit in one room while we women sit in the other.” I remember my face growing red, and tears starting to prick my eyes. “I’m sorry,” she said, looking at me with affection. “You will start to think we Muslims are an awful lot of trouble.” We exchanged the forks and knives, and with great difficulty I sat in the room with the women while my husband sat with the men.

I still remember these initial reactions of anger, resentment, and confusion. I felt that this level of orthodoxy was ridiculous for people living in the United States. But as time went on, I realized that my emotions were a result of my own ignorance, my discomfort at having offended others, and a growing awareness of how difficult our society must seem to people who held other values and had grown up in very different ways. Although I might not agree, especially with the rules about the sexes, I was in the minority, and it was up to me to respect their religious precepts and adapt if I wanted to help build bridges of understanding. I also realized that I was in a rare and privileged position of gradually increasing mutual trust, and was therefore able to learn and experience a great deal. I did not expect the close  friendships that developed, or the fact that this group of dedicated and faithful people would last for three years, during extremely difficult times, and be a solace to many people. I sometimes attended Friday prayers, sitting in the back with the women. And although the most orthodox of the Muslims would not enter a Christian sanctuary, I was moved to tears several times when Shirin came to my church to hear our choir and experience our worship. She was making an equally big leap, out of her love for me.

It was shared silence that rooted our growing respect for one another. The power of silence and contemplative prayer cannot be underestimated; it transcends differences and transforms relationships. We did share verbal prayers; we recited psalms – they are acceptable to Jews,  Muslims, and Christians – and we talked about our various traditions as the liturgical years rolled around. We listened to recitations from the Koran. We prayed for the world, our families, and our countries. But we also sat in silence together, and it was clear to all of us that we were praying to the same God.

As the prayer leader, I usually closed our sessions by asking each person to pray for the person on their right, or left. In cultures where it is completely forbidden for unrelated men and women to touch each other, this was a fairly intimate act, but one that turned out to be acceptable and welcome in our group. After the prayers, we shared a simple, homemade vegetarian meal.

When people are silent, differences become much less obvious, and our similarities are accentuated. We become breathing bodies, with beating hearts, and the same cold feet in winter or sweating foreheads in summer. Often our eyes are shut, so that we don’t perceive or think about differences in dress, in age, in sex. We have agreed to come together and share a space of time for a similar purpose, and with similar intention. We might think for a moment about how rare that is in our world where we trade in words and money and outward appearance, and are so protective of our own identities. Putting all of that aside, we become more vulnerable, and love has a chance to enter and to grow.